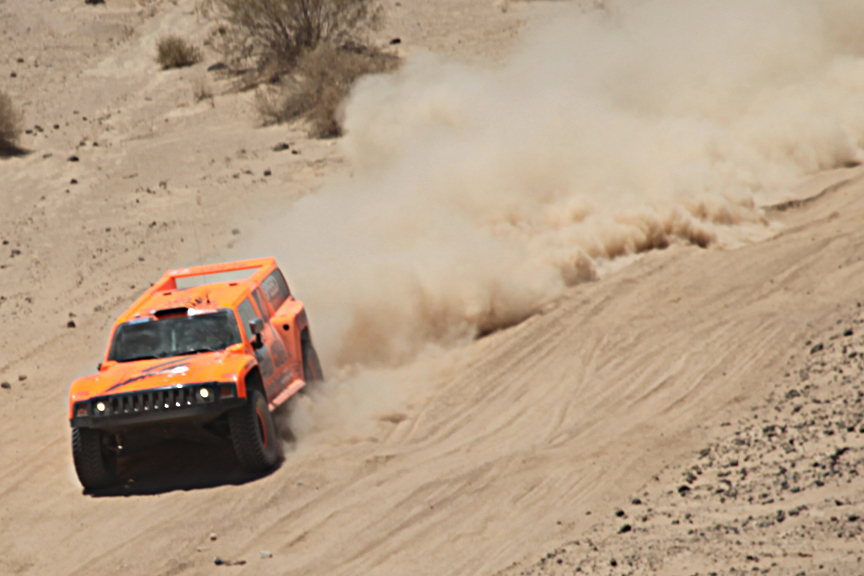 ROBBY GORDON, No. 77 (Fifth in class. Gordon drove the entire race.) – It was good. There were a lot of people out there having fun. We didn’t pass anybody. That’s the reality of it. With Trophy-Trucks today you don’t pass anybody. You can’t; it’s physically impossible because even a slow car causes so much dust that you can’t pass. I couldn’t pass somebody for 100 miles. I followed Kory (Scheeler) for about 200 miles about 100 yards back. I had to change a right-rear (tire), but it is in the system because as soon as I changed the other right rear, I plugged in and the air started going down. We stopped, unplugged it and went with it. It is our own central air system but we still fight with it a little bit in the CV joints. It was a good course, just tough to pass.﻿